The 4 Principles of Success | Chris Sands

The 4 Principles of Success | Chris Sands 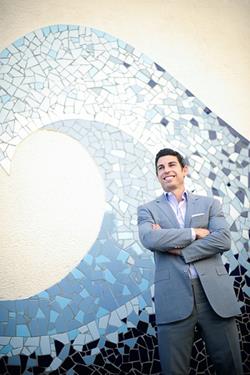 Chris Sands is the owner and founder of Sands Investment Group (SIG). He is a Keller Williams Commercial associate with 57 transactions and $80 million in sales this year alone. He’s handled $220 million in listings and has $75 million in escrow. How did he do it? Here are the 4 principles he works on.

Sands makes a point to touch base with his best clients multiple times each week. He has a knack for building win-win deals based on personal relationship strategies he employs. He attends conferences several times a year and builds relationships with management and other agents all around the country.

He breaks down the 52-week year into smaller increments, which he calls Six-Week Sprints. There are 7 of them in one year. Between the sprints are week-long reorganizing periods that allow his agents to recharge their batteries and enter the next sprint refreshed and ready for action.

KW Commercial has a culture of leadership that Chris Sands has adopted for SIG. He invests time and money into building his team’s leadership character, which allows him more time for production and building new systems that lead to growth. He has a passion for his team and for the real estate business, which manifests in his own leadership style and his ability to maneuver SIG into a successful position.

Chris Sands is no taker. Besides his primary business, he has set up a charitable organization called Sands Investment Gives, which donates 10% of his profits each year to charity.

His priorities are best stated in his own words:

“The reason why I gravitated toward Keller Williams was its focus on putting God first, followed by family and then business. I wanted to walk the walk instead of just talking the talk. We’ve been amazingly blessed with the growth of our team, and I want to help others with the blessings we’ve been given.”

Sands credits his success to the KW Commercial business model. By following the model before him and modeling the plan that others have used, he and his agents are more successful, and it looks like they’ll be that way for years to come. You too have the potential to grow the business you’ve always dreamed of.